Let's dive into one of the hottest subjects of the moment: social media (since I strongly believe in the perenity of this blog, I must add that we are in November of 2012... don't blame me if social media if no longer relevant in 2047 and you are reading this for the first time... and by the way: ask your parents about Facebook ;-)).

Banks like any other conceivable type of organization are trying to get Twitter followers, Facebook friends, LinkedIn connections and any other type of relationship in whatever social network there is... and so far... they're failing!

Funny, though, is that people working or owning those companies are faring much better than the companies themselves. Take: 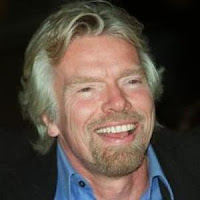 So, people seems to be more interested in people than in organizations. As a matter of fact, the few (less than 10) companies in the top 100 twitter-followers ranking are news, sports or social media organizations. Traditional companies are way, way behind.

I think this by itself speaks volumes of how people relate to those traditional companies: they don't care much about them or the things they have to say.

But they care about the ways, thoughts and advice of the people linked to those companies... because they can empathize with those people... they can see them as talking in personal terms, even when a twitter is received by millions.

So companies trying to get more followers, fans, friends, etc need to relate to people more on a personal level and also talk more like they were people and not big abstract companies. Be more human and communicate to people, not just customers... relate, empathize, bond.

To complete the picture, facebook sheds a somewhat different light with a more mixed results, sometimes the people have more "likes"(Branson and Obama), sometimes the organizations have more (Ferrari, the Dallas Mavericks and HP).

The difference is due to how people perceive the different social networks, Twitter followers are expressing an interest on what the followee (person/company) has to say; in Facebook a lot of people like public figures or companies because it tells something about them and not because they are fully interested in what those have to say, it is more like a personal statement, I "like" Ferrari.

To be be clear, bank facebook "friends" are not a big lot... Bank of America has less than 700k "likes" in Facebook and 58k Twitter followers. In LinkedIn, BofA is faring in the middle with 250k followers. And Bank of America serves more than 55 million people! You can imagine almost all other banks (if not all of them) have worse follower/customer ratios.

If banks want to leverage the power of social networks as communication and engagement channels they need to start doing things differently as they are doing them today.

A few ideas:
- relate to the people, be more "fun" and social, trying to be as neutral as possible (the real personalized message should be delivered through online or mobile banking)
- get a spokesperson... a person or a character that has a distinct personality and can even be separated from the bank, that represents the bank, but it is not THE bank. Talking in first person is great to make connections.
- promote people... for those wanting their 15 seconds of fame... help them.