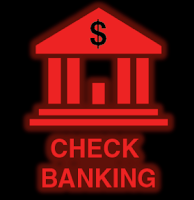 Let me go go a little bit off-topic in this post, but don't despair, financial services user experience will be part it as well.

Discussing about the subject of this blog, I found myself talking with family and friends about how pervasive the "design for designers" (in opposition to users) is.

During this exchange we marvelled at the "check engine" light in the dashboard of most if not all cars. In our experience, the most common situation is where this indicator lights up when the fuel tank cap has been left partially opened (note that we all subject our cars to regular maintenance).

While I assume that this is technically correct, read at the end of the post for a detailed explanation... I did, because I don't know the difference between a carburetor and a windshield wiper.

To make matters worse, the light is usually shaped as a motor... so, no fuel cap. And yes, I know the difference between a fuel cap and a motor. 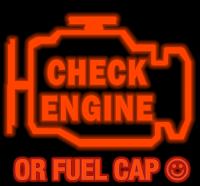 So, WHY? why? oh why? someone decided that they will label the light "check engine"???!??! Even "Check engine and fuel cap" light will be more helpful! Or a cheap sensor and a cable to inform the onboard computer that the cap is off.

The point is that the check engine light is technically correct, but not very useful to uninitiated users.

This very simple example helps illustrates that people are an afterthought in design in many if not all domains. And that sometimes the wrong shape/image can make things even worse.

So, back to financial services.

Have you seen Personal Finance Management tools that many financial institutions are deploying? Well, I feel most of them are kind of the "check engine light"... what should you do with the data they are showing? A bit of red means that your financial fuel cap is off or that your financial car is going to collapse? Explanation is a must, and green/red lines, pies or bars are only helpful if they have the uninformed user in mind and they are more than visual shortcuts for the financial professional.


Here is the information about the check engine light.

Why can the absence of a simple gas cap cause the check engine light to illuminate?
The fuel system in your car is a sealed system that traps harmful gas fumes. If the gas cap is left off then gas is able to escape from the system. When this happens, a self-test of the performance system detects this “leak” in the EVAP (Evaporative Emissions System) and the check engine light comes on, and a code is stored.

More in Can Leaving the Gas Cap Off Harm Your Car? 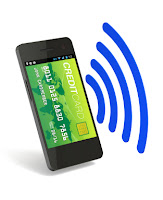